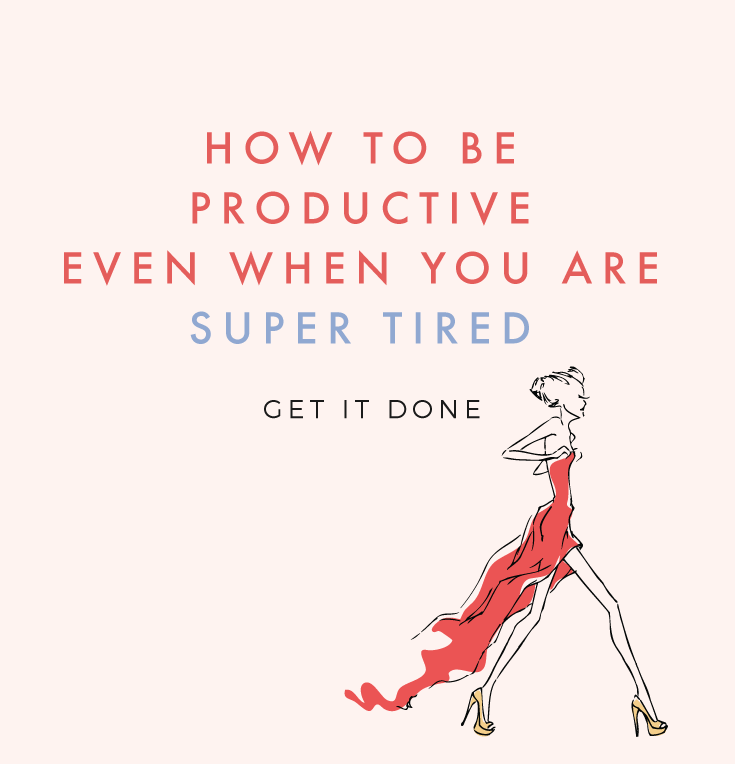 One of the most frustrating things as a business owner is knowing how much stuff you need to do. When  you need to do it or it won’t get done and yet. . .

A few minutes work turns into hours of gazing at the screen, checking email, checking social media and generally procrastinating. By the end of the day, not only are you left feeling like you are a disappointing failure who has achieved nothing at all today but you are even more tired.

But, in the short term, how do we claw back that productivity when all we want to do is take another Buzzfeed quiz.

Because knowing which Disney Princess you are is totally relevant to work.

I’m Mulan btw (the only one who I think is not actually ‘technically’ a princess? I don’t know discuss in the comments).

For some people, their eyebrows just shot into their hair in surprise. Who doesn’t get dressed and showered in the morning?

Hey, it happens. If you are showered, suited and booted skip on to the next point.

For those of you that, sometimes, even getting in shower is a huge task, that’s OK.

It happens to the best of us.

Feeling clean and getting into some fresh clothes makes a world of difference though. It might not feel like it but it’s definitely worth the effort.

And by clean clothes, I don’t mean a clean set of PJs. Real clothes.

Some people subscribe to the method of getting up and doing your hair and makeup as well, if you are in to that sort thing. What ever makes you feel ready to face the day, get it done. 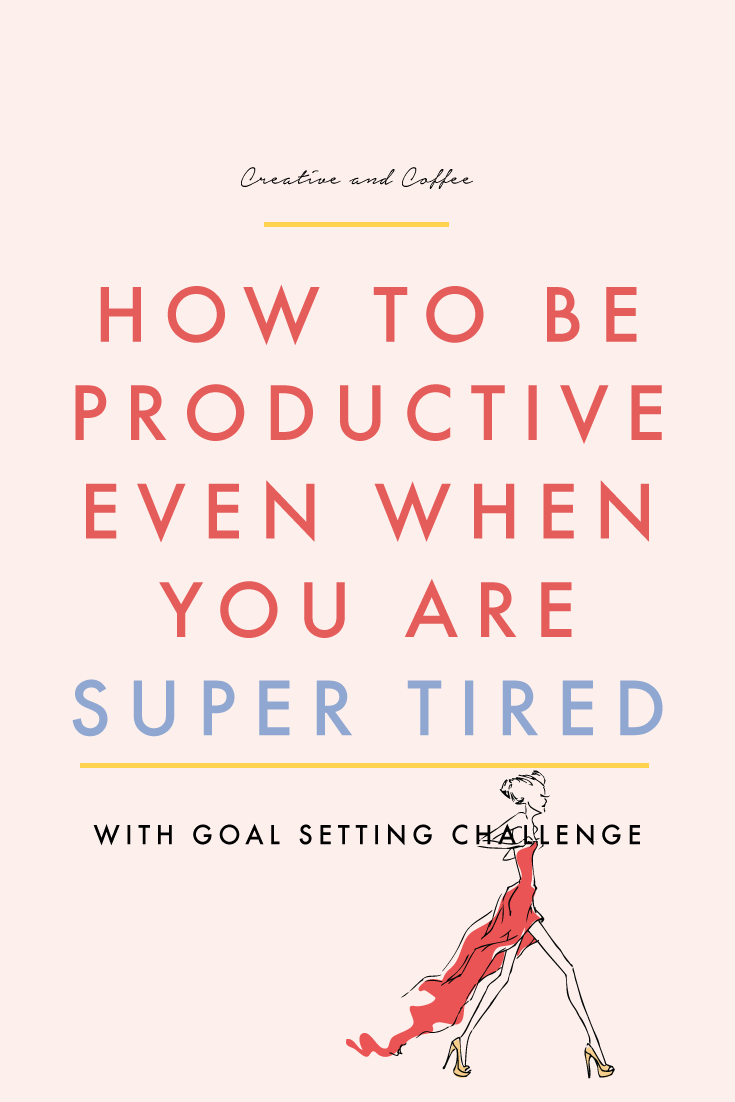 In the same way that looking at a glowing screen at night confuses your brain into thinking it’s still daylight, a little extra sun in your life will help your brain realise it needs to get in gear. It’s all about that melatonin, which is the hormone that helps put you to sleep at night.

If you want to cheat slightly and are willing to invest, these sunlight alarms are an amazing invention. It simulates the sun rise to wake you up naturally, instead of that godawful iPhone alarm.

3. Shake It All About

If you are already feeling like you are being crushed by the weight of your own body, the last thing you want to do is exercise. I don’t think the word ‘torture’ would be out of context here.

But you know exercise is good for you. It gets more oxygen in and the blood flowing around your body.

Health Ambition has a really great article over here, all about how exercise can help you sleep better. Not just for longer, but also in terms of the quality of sleep you have as well.

Not convinced? Studies have shown it can make you feel 65% less fatigued.

But, Sarah, I hear you cry – I’ve read ten thousand articles today on how to get things done when I’m tired (because I’m procrastinating) all of them suggest exercise but that’s not helpful to me!

Don’t worry, as someone who lives in a perpetual state of exhamotionustion, I have a few handy tips on how to stick with the exercise regime – even when you’d literally rather die.

Here’s the thing, going to the gym, going for a run – these things involve leaving the house.

Leaving the house involves putting on real adult clothes, shoes, keys, possibly getting in the car and dealing with real life.

You’re probably too tired for that.

This is where the world of YouTube videos comes into play.

If this still seems like too much effort, just try a short video, say five minutes long. I find it’s helpful to chose one that doesn’t involve too much cardio, as you might not have enough energy right now to start jumping up and down.

I’m a big fan of blogilates for this reason.

If five minutes seems too long, just commit to doing it for a short time.

For example, I imagine your getting up to make a few cups of coffee, so just do it for as long as the kettle boils.

The trick is, that once you get started, it’s likely you will feel more energized as you go on (the power of exercise!). If, after the kettle is boiled, you are still feeling shattered, well at least you tried.

More often than not, it really helps kick start the waking up process. It’s just getting over that first hurdle of actually starting that’s the hardest.

Put your shoes on. There’s something about having your shoes on that just makes it easier to leave the house. Sometimes going for a little walk around in the outside world does wonders (getting that sunlight onto your skin!) but it just seems like a huge commitment – until I put my shoes on.

I have no scientific proof to show you, it’s just something that helps me. Give it a go and let me know if it helps!

If you have been skimping on your water intake, you might want to double check if you are irritable due to dehydration. Like being hangry. Thangry, if you will.

Even just a loss of 1-2% of your body weight as water (i.e mild dehydration) is enough to impair your thinking.

When you are tired, your working memory is diminished. This means multi-tasking is definitely off the table for you today.

So start small, find those tasks that don’t need your brain working on a high functioning and creative level. Maybe this is the time to do those tasks that keep getting bumped down the list because they aren’t a ‘priority’.

Again, once you get going and get into the swing of things you might find it easier to keep going.

Better than tackling a big task where your attention keeps faltering every ten minutes.

When you are tired, it is more difficult for you to recover concentration from distractions.

That two second email check has suddenly turned into an hour and you are left feeling as if maybe you’ve been abducted by aliens and you’ve lost your sense of time.

It’s so easy to click onto something else without even thinking about it. So set yourself a timer and commit to concentrating on your one task for ten or twenty minutes. Then, if you are tempted to wavier, you can think:

‘I just have to push on for another five minutes, than I can have a break’.

“Like time, energy is finite; but unlike time, it is renewable.” - Tony Schwartz, The New York TimesClick To Tweet

Frequent breaks are important, as the New York Times’ points out. Your brain runs on the fuel of glucose and just like your car, if it runs out of fuel it’s going to grumble, clank and then breakdown.

So, not only is it important to keep it topped up, you need to give it a little time to recharge. Just as I’m suspicious that the last ten percent of my battery gets eaten up quicker than the first ten percent, your concentration runs on a line of diminishing returns.

Why struggle on for two hours, achieving very little, when you can rest and get more done in the next hour?

8. Take an Even Bigger Break

There’s this mythical event, that few business owners witness themselves, called the day off.

I know, I know, you simply have too much to do.

Maybe this time around, you really don’t have time to have a day off.

But rather than waiting until you are completely burnt out and HAVE to take a day off, (because you literally can’t function any more) maybe think about scheduling in more days off in the future.

Taking a day off, when you don’t desperately need a day off, might feel selfish. You might feel a little guilty. But if you plan it in advanced, it means that you are expecting it, you can use it wisely and you won’t be running the risk of missing a deadline.

An unexpected day off, because of being ill or burnt out is much more problematic.

The key is not get into that situation in the first place, by respecting the work/life balance.

It might feel like a waste of time in the short run but it will save your time in the long run.

And a Happy Boss is a productive boss.