How To Use Snapchat For Small Business 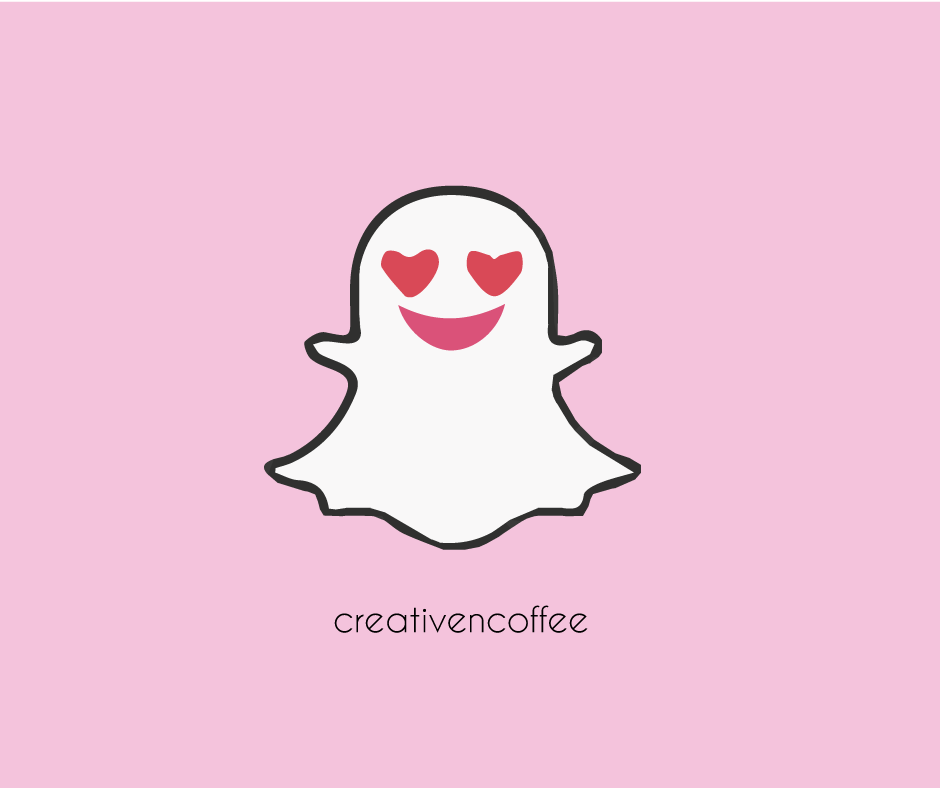 The Rise Of Snapchat

For me, I thought of pre-teens sending their friends unflattering images of themselves and a user interface which made absolutely no sense to me what-so- ever.

So I can’t blame you if Snapchat is totally not on your digital radar right now. We’ve got so many social platforms, right? Do really need yet another one?

Is Snapchat Worth Thinking About?

Right this minute? Maybe not. Unless, you have a target audience consisting of Millenials and teenagers. Then it’s pretty valuable.

With 26 million users in the United States alone it’s definitely a platform that is worth taking note of. Especially if your target demographic is college students, with 77% using the app daily.

And, more importantly from a purely business view, 58% of college students would be likely to purchase a product/service if they received a coupon via Snapchat.

So, is the platform only for those targeted college kids? Well, 26% of Americans aged 12-24 are reported to be using Snapchat, so we are still looking at mostly a Millennial and teen audience.

What if that isn’t really your target audience? Not worth effort, right?

Well, that may be changing….

I don’t think it’s a stretch to say that Snapchat might be expanding outside these demographics in the future; in which case getting in on the ground level before Snapchat becomes the new Instagram may be a pretty smart thing to do for your business.

Is Snapchat going to be the next big thing?

Well, here’s the thing, if you look at Snapchat’s recent activity and changes, then you may notice that it seems to moving beyond just a teenage obsession.

Snapchat’s numbers are rising, they are getting serious about their previously ‘not so stella’ record on security and are undertaking more development of the app itself.

So, Snapchat is trying to up its game, that doesn’t necessarily mean that more demographics will necessarily start to be attracted to the platform.

However, this is where it gets interesting.

In attempt to figure out what the ‘next big thing is’, analysts have looked at previous big hits MySpace and Facebook to determine what their trajectory looked like and when they ‘hit the mainstream’. Interesting, Facebook really started to take effect when it hit 15% of adult users in the US, whilst MySpace took a little longer at 20%.

How does this compare to Snapchat? That’s right, toward the later half of 2015 Snapchat hit the 15% mark. And already brands that you might not expect are jumping onto Snapchat.

I mean, The Wall Street Journal’s target audience isn’t necessarily teens and young adults but  they have their own Discovery Channel on the app.

Soon it may be the case that not having and using a Snapchat account could be considered a social faux-pas, just like being an executive without a LinkedIn account.

So, how can small businesses use Snapchat to increase their brand awareness and run successful campaigns?

Before you jump right into Snapchat, we’ve got to have a plan. As new bloggers or small business owners it’s tempting to want to just set up all your social accounts and just get in there straight away. However, posting without a overall plan, at random times and without prior thought is a very good way to waste a lot of time and not see great results.

And Snapchat is no different.

In fact, to be perfectly honest friends, it’s worse because Snapchat analytics are not the greatest things in the world.

There are basically three things you can measure:

From a user point of view this function is to show when someone has taken a screenshot of a snap you sent them, something that you probably only intended to be seen once (by that person) and for it to disappear forever. So, generally speaking, taking a screenshot is quite bad form. However, if you are promoting a discount code or a website link then you will definitely hoping for your audience to be snapping a shot of your code to use later on.

Of course you want to encourage your audience to reply to you on Snap. This usually consists of them sending you a Snap in return. However, with all the new developments coming in with Snapchat, your audience is going to be given a number of new ways to communicate in the app, from 10 second looped videos, phone calls and video calls as well.

You may notice that follower numbers are conspicuously missing from this list.  It’s very difficult to try and get an idea of how many followers your are amassing on Snap. If you are just starting out then you can try and keep a running count as they happen.

What Are We Looking For?

So, what numbers are we looking at in order ascertain whether a particular ‘campaign’ or Story actually worked?

Well, in order to compare one Story to another you will want to make a note of how many Snaps you added to your story and how long each Snap was.

And of course you will want to note how much interaction you gained as the result of a campaign. If you got a ton of views but no one snapped your discount code, then obviously some more thought is going to be required.

OK, so let’s get down to the fun stuff. What do you actually need to post?

I say this a lot when it comes to Instagram but people love seeing behind the scenes. The great thing about Snapchat is, because there are no filters or ability to professionally edit photos, you don’t need to agonize over arranging your work space to be ‘insta-worthy’.

If you’ve got people that work with you, then you could casually introduce them to your fans with a few seconds of video. If you work by yourself, maybe tell your followers a fun little fact about yourself! Or if you have an office furry friend helping you out, let them say hello to their (soon to be) adoring public.

From a business perspective this exercise is letting you create an emotional connection with your audience. They get to meet you and get to know you a little better which is going to foster a level of trust between you and your clients. Not only will it build trust but it’s a fabulous way to stand out from your competitors.

You can give a tour through your work space, introducing your followers to the way your create your product or services. Let them in on your (not secret) caffeine addiction.

At it’s core, all branding is about your story and by showing the behind the scenes action you are contributing to that story. So when your followers see the final product, they can imagine exactly what went into creating it.

So more specifically you might want to create a short story made up of multiple Snaps. You get 10 seconds per video so use them wisely.

You might want to tell the story of your day, your morning routine, the process of making a particular product. Maybe you are moving house or moving office, maybe you are having a little office rearrange.

It’s a similar idea to showing your audience behind the scenes but the little snaps of video can create a more fluid story with a beginning, middle and end.

So you know when movies or TV shows release a couple of seconds of footage of teasers and the world implodes? Well, unfortunately we’re not Marvel but using Snapchat’s ‘this message will explode in 24hours’ system, you can create a buzz around your new product launch by showing your followers a preview before you drop your new line/service.

Keep It Real (and PG)

As a small business owner, the need to distance yourself from ‘corporate culture’ isn’t really a problem. However, it is worth noting that Snapchat is an exceptionally laid back kind of platform. Partly due to the way it works and partly due to its audience, so you really want to keep the business side of things as low key as possible.

Whilst, obviously, our motive for all these things is for business, do try and really focus on creating relationships here. More so than any other platform. Snapchat’s audience is there for social, so be social.

And just FYI, because the potential age of your followers can be quite young, do try and keep that in mind and err on the side of caution when it comes to PG rated comments…

Some of the best Snapchat campaigns have been utilized during events. For example Audi’s totally on point Snap campaign during the Superbowl, which was produced using captioned stock photos and a smart phone.

If you are running your own event, like having your own stand at an art show or hitting the road for a conference, then Snapchat is a great way of taking your followers with you. Not only does it allow your followers access to the event, regardless of geography but it also allows you to create a compelling story. Preparation, travel plans, the journey, the event and the aftermath.  People will be excited to see what happens next!

Utilize the Time Limit for Giveaway

We mentioned earlier about the impressive propensity for college students to use a discount they received through Snapchat. As you know, one of the main ways of driving sales is to make your product time sensitive or limited edition. This adds the sense of urgency which might compel your followers to take advantage of your offer.

On Snapchat, this time limit is already built into your communications. That discount code is going away in 24hours, so using Snapchat to offer incentives to your audience is definitely an efficient marketing tool.

Of course there are plenty of other ways to use Snapchat, you are only limited by your creativity in terms of what you can do here. Given the rising popularity of the platform, Snapchat is definitely capable of helping you convert followers to sales.

And it’s well worth baring in mind, that even is your target audience isn’t on Snapchat yet, you may well be getting ahead of the trend for when they do arrive….

How do you feel about Snapchat? Just another social platform too far or something that has a lot of future potential? 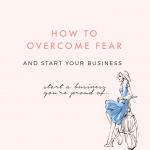 How To Overcome Fear and Start Your Business19K Total Shares 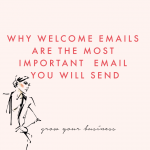 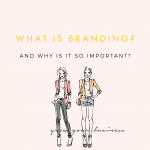 What Is Branding and Why Is It So Important?5K Total Shares 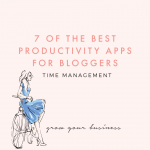